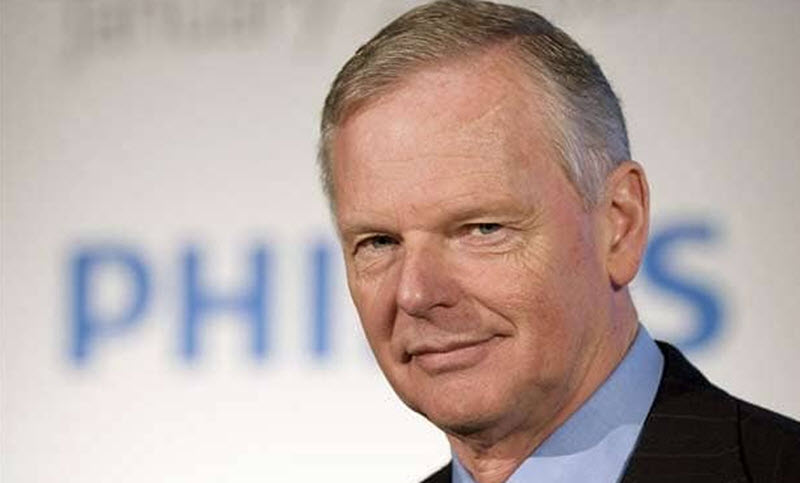 Gerard Kleisterlee is a Dutch businessman and electronics engineer famous for successfully turning Dutch technology company Philips into a high-growth company during his time as President and CEO in 2001 – 2011. In 2006, Fortune named him Europe Businessman of the Year.

Since leaving Philip’s in 2011, Kleisterlee has been Chairman of British multinational telecommunications company Vodafone.

Gerard Johannes Kleisterlee was born in Germany on 28 September 1946, to Dutch and German parents. He was raised in the Netherlands.

Kleisterlee attended the Jesuit-run Canisius College in Nijmegen, before enrolling at Eindhoven University of Technology where he trained as an electronics engineer.

He later studied abroad at the University of Pennsylvania’s Wharton Business School in the United States, where he obtained his MBA in 1991.

In 2005, Kleisterlee was awarded an Honorary doctorate from the Catholic University of Leuven.

Kleisterlee was appointed Managing Director of Philips Display Components Worldwide in 1994. Two years later, he became President of Philips Taiwan and Regional Manager for Philips Components in Asia-Pacific in 1996. His focus on Asia continued with him being put in charge of the Philips Group in China and serving on the Hong Kong Chief Executive’s Council of International Advisers.

When Kleisterlee became CEO of Philips, he was determined to turn it into a high-growth company. His two predecessor had failed to achieve this despite – or because of – more than 10 years of restructuring.

Two key decisions made by Kleisterlee during his time as CEO was to outsource the production of mobile phone handsets and VCRs, and place the volatile semiconductors business in a separate business entity: NXP Semiconductors. He then sold a controlling 80.1% stake in NXP Semiconductors to a consortium of private equity investors. Kleisterlee also made the daring decision to replace all top executives at Philips’ American consumer-electronics division.

In April 2011, Kleisterlee left Philips and was succeeded as CEO by Frans Van Houten. In July, he became chairman at Vodafone, succeeding John Bond.

Gerard Kleisterlee is married and has three children. The family lives in Amsterdam.

Kleisterlee served as Director-general of Eindhoven Technical University and IMD Lausanne, and he currently serves as the Chairman of the Foundation of the Cancer Centre Amsterdam. He is also a Member of the Dutch Innovation Council (Innovatie Platform).