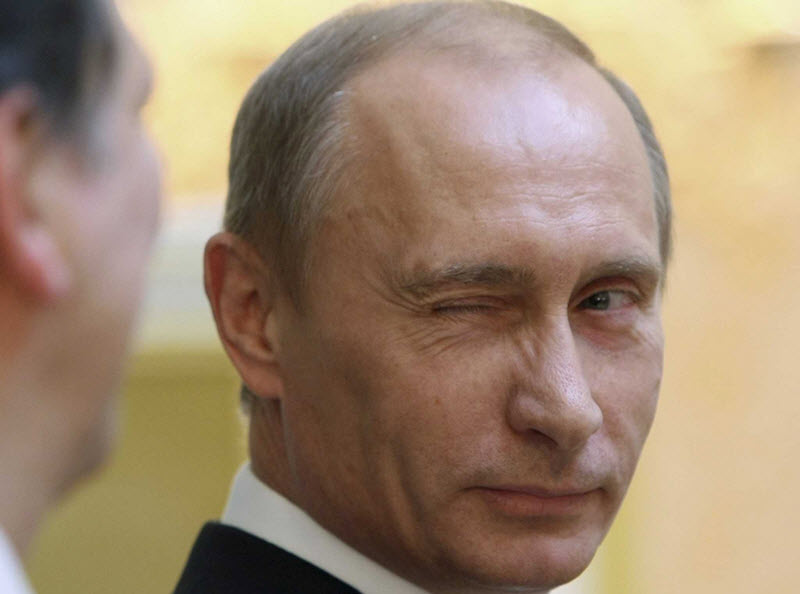 Vladimir Putin grew up in Leningrad and was a KGB foreign intelligence officer until he resign in 1991. As a KGB officer, he spent several years in Eastern Germany. In 1991, Putin became politically active in Leningrad and give years later he moved to Moscow to join President Boris Yeltsin’s administration.

When Yeltsin resigned at the end of 1999, Putin became Acting President and he then won the subsequent 2000 presidential election. In 2004, he was re-elected for a second term with 72% of the vote.

Due to constitutionally mandated term limits, Putin was unable to run for a third consecutive presidential term. He instead put his support behind presidential candidate Dmitry Medvedev, who won the election and promptly made Putin Prime Minister of Russia. During Medvedev’s time as president, the law was changed to extend presidential terms from four years to six years, starting with the president elected in the 2012 presidential election.

Putin won the 2012 presidential election with 64% of the vote.

Vladimir Vladimirovich Putin ( Влади́мир Влади́мирович Пу́тин) was born on 7 October 1952 in Leningrad, Russia, Soviet Union. His parents were Vladimir Spiridonovich Putin (1911–1999) and Maria Ivanovna Putina (née Shelomova; 1911–1998). Two other sons, Albert and Viktor, had been born to the couple in the mid-1930s, but Albert died in infancy and Viktor died of diphtheria during the Siege of Leningrad.

Maria Invanovna Putina was a factory worker. Vladimir Spiridonovich Putin had been a part of the Soviet military (first Navy, then regular army) and severely wounded in 1942.

Vladimir Putin went to School No. 193 at Baskov Lane near his home in Leningrad.

At age 12, he started learning sambo and judo after being inspired by the spy heroes he’d seen in Soviet movies.

As a student at Leningrad State University, Putin was mandated to join the Communist Party, and he would remain a member until December 1991.

After completing his law degree, Vladimir Putin joined the KGB and trained at the 401st KGB school in Okhta, Leningrad. He worked in the counter-intelligence directorate before being transferred to the First Chief Directorate where he was tasked with the surveillance of foreigners and consular officials in Leningrad.

In 1985 – 1990, Putin lived in Dresden, East Germany. Ostensibly working as a translator, Putin was still a KBG official. During the fall of the Berlin Wall, he burned KGB files to prevent demonstrators from getting them.

After the fall of the Berlin Wall, Putin returned to Leningrad and worked with the International Affairs section of Leningrad State University. At the university, he kept an eye on the student body for the KGB and looked for suitable KGB recruits.

On 6 June 2013, the couple announced that they would get a divorce. This ended years of speculation regarding the status of their relationship. In April 2014, the Kremlin confirmed that the divorce had now been finalized.

In early 2016, it was reported that Lyudmila had married a man named Artur Ocheretny in 2015.

Vladimir Putin has two daughters with Lyudmila Putina: Maria born in 1985 and Yekaterina (Katja) born in 1986. The daughters spent their early years in Dresden, East Germany. Back in Russia, they went to Deutsche Schule Moskau (The German School in Moscow) until their father was appointed Prime Minister in 1999.

Photographs of the daughters are not published by Russian media.

Putin has been practicing judo and sambo since he was a child, and holds a black belt in karate.

He is interested in many outdoor pursuits, including winter sports such as mountain skiing and ice hockey. His carefully cultivated outdoorsy image frequently shows him taking part in everything from scientific environmental projects to camping, white water rafting, fishing and horse-back riding.

The animal species under his personal patronage are the Amur tiger, the polar bear, the snow leopard and the white whale.

The estate Novo-Ogaryovo is the suburban residence of President Vladimir Putin. In 2012, Putin announced that due to Moscow’s extensive traffic congestion, he intended to work at Novo-Ogaryovo to avoid the commute into central Moscow.

Novo-Ogaryovo is located in the Odintsovo District of Moscow Oblast and was built in the 1950s. It has been used for various governmental purposes both during the Soviet era and afterwards. Putin ordered it to be renovated in 2000 and made it the official presidential suburban residence.